Vine to Wine Circle | About 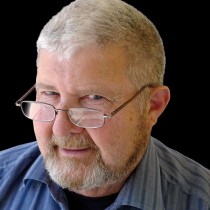 Hans Jörg Böhm was born on 1 July 1938 in the German town of Neustadt an der Weinstraße. He holds a degree in Economics and has many years’ experience in the international wine trade. In the early 1980s he made the decision to take a further course of study at the Geisenheim Research Center with a view to preparing himself for the challenge of creating a company in Portugal which would be the first of its kind with the objective of improving the nation’s viticultural stock. At roughly the same time he established Plansel SA, a breeding nursery and estate for selected grapevine varieties, thereby initiating an innovative project involving the collection of specific grapevine varieties and viticultural breeding programmes. This was made possible by his instrumental role in facilitating protocols of cooperation between the Geisenheim Research Center’s grapevine breeding department, the University of Évora and the Portuguese National Agricultural Research Station’s plant pathology department. The project gained recognition as a technology transfer initiative of direct benefit to Portugal and as such received sponsorship from KfW (Kredietanstalt für Wiederaufbau), the German government‑owned bank based in Frankfurt.
The project’s clonal selection resulted not only in clones of grapevine varieties and rootstocks being officially recognised but also in two new fungus‑resistant varieties being created in accordance with the regulations contained in the UPOV Convention (International Union for the Protection of New Varieties of Plants). Hans Jörg Böhm was the founder and a director of VITICERT, the association of viticultural plant breeders in Portugal. He was also a delegate to the European organization originally founded in Switzerland, but now based in Austria, IRV‑CIP – Internationaler Rebveredlerverband – Comité International des Pépiniéristes Viticoles, known in English as IAN – International Association of Grapevine Nurseries. He served as President of the former International Association of Grapevine Breeders based in San Michele (Italy) as well as a member of other viticultural organisations.
Plansel SA has participated in many innovation projects and technology transfer projects (KfW, JNICT, NATO, EC initiatives and INIA and ADI programmes) side by side with international partners such as BfA Geilweilerhof, Geisenheim Research Center, LALEFO Neustadt, the Frauenhofer‑Institut, Aachen, the University of Bari (Italy), ENTAV (France), Cornell University (USA) and Foundation Plant Services, University of California, Davis (USA) and has thus achieved concrete results in the quest to improve quality in viticulture.
In 2001, Hans Jörg Böhm retired from active involvement in his company, Plansel SA. Shortly thereafter, he became a member of the Porter Cluster. After facilitating some seven different symposia and workshops, he devoted himself to his task as Convenor of the first International Symposium on Grapevine Growing, Commerce and Research held in Portugal under the aegis of the ISHS. During the period of Portugal’s accession to the European Union, he began to collate data gathered in Portugal on grapevine varieties, and participated in events relating to Portuguese grapevine varieties at many congresses, including those of the OIV (Mainz), ISHS, FPS University of California, Davis and ADI (Rio de Janeiro).
He is co‑author and coordinator of O Grande Livro das Castas – Portugal Vitícola (Chaves Ferreira – Publicações, 2007). In 2009, he published a book in Portuguese on the Marquis of Montemor. In 2011, the German and Portuguese versions of the Vine Atlas of Spain and Portugal was published. In 2010, O Grande Livro das Castas was awarded a prize for the best book in its category by the OIV (Organisation International de la Vigne) in Paris.
In 2006 the President of the Portuguese Republic, Dr. Jorge Sampaio, bestowed on him the distinction of Comendador da Ordem de Mérito Agrícola (Commander of the Order of Merit for Agriculture) in recognition of his achievements.

Why this portal was created

The Iberian Peninsula (Portugal and Spain) can look back at a period of dynamic revitalisation and modernisation of the viticultural sector since receiving the initial boost gained from accession to the European Community over 25 years ago.

Numerous individual initiatives have resulted in improvements which touch on all aspects of the “vine to wine circle”. Winegrowers in the vineyard and winemakers in the cellar welcomed the new techniques and methods that international and local experts had to offer and, more importantly gained access to unprecedented development funding.

This triggered a quantum leap in progress in this corner of the old world of wine. Portugal and Spain have now transformed themselves into countries producing quality wine, where once they were once producers of cheap base wines or teinturiers supplied to less climatically‑blessed countries, or exported to American global players who created artificial sparkling rosé and low alcohol wines.

What they offer nowadays is wine from indigenous grapevine varieties with certified designations of origin which are best suited to the diverse terroirs of the Iberian Peninsula.

This decade has been the turning point.

With EU financial support coming to an end, both countries fell into financial crisis at the turn of the century. (Alvaro Santos Pereira, 2011, Portugal… How can the national crisis be overcome?) The State was unable to cover its administrative costs and social obligations with revenue from taxation, while banks were unable to escape the global whirlwind trend of financial speculation thus creating financial bubbles which far outstripped economic reality and proved to be worthless.

The professional vine and wine sector found itself in the position of economic scapegoat from one day to the next, after having been well on its way to success and having received some of the highest quality awards in the major international competitions.

During the financial crisis, many companies could not afford to repay the previously generous low‑interest loans and the banks were no longer able to extend their credit. This was the moment of truth for the wine industry.

The brutal effects of market forces together with a concentration of commercial demand on only a few wine labels have resulted in national wine sales suffering a drastic drop in prices The only way out of this dilemma is to seek new markets abroad.

The generation belonging to the “creators of innovation” in the wine industry is made up of individuals who are nearing the end of their professional careers. Those who were young during the post‑1974 revolution and at the time of accession to the EU accession are now retired or nearing retirement.

The massive reorganization of the industry achieved in recent decades is now at risk of receding into oblivion, and the younger generation knows little of the enormous effort required on the part of those who went before it to raise vitiviniculture to its current level of prominence.

This “vine to wine circle” portal, which seeks to offer due acknowledgement to efforts in recent decades, has the following objectives:

The “vine to wine circle” brings together a wealth of information — in Portuguese for the Brazilian and Angolan markets and in English for Asia, northern Europe and all other English‑speaking countries. The German version of this portal will carry limited information for the time being in an effort to promote sales of the most recent hard cover book published in Germany.

Dealing with of two different countries on the same website is easily justified by the fact of their common past and the common genetic origins of their grapevines. It is our hope that cross‑border presentations such as this one will create the synergies needed to give impetus to the wine export business of both countries.

This portal is the result of collaborations of many different scientists and technical experts, each of whom hold responsibility in his or her particular field, whether in Spain or Portugal. All collaborators have been acknowledged on the Acknowledgements menu item. Collaborators’ contact details have been given so that you can forward any questions you may have directly to the collaborator or institution in question.

As the publisher and co‑author of this portal, I have been actively involved for over 35 years in the process of innovation known as the “vine to wine circle” in Portugal, and because of inter‑institutional and personal experience, I am well‑versed in coordinating cooperation initiatives in technical and scientific matters related to viticulture and viniculture.

I should like to make particular mention of work done in conjunction with the University of Évora (Comendador Colaço do Rosário), the national agricultural research station, EAN (Estação Agronómica Nacional) (Prof. Oscar Sequeira), and the former plant protection department at the Estação Vitivinícola National de Dois Portos (EVN) – the national vitivinicultural research station at Dois Portos (Dr J E Eiras Dias). We have worked together on over 30 scientific research projects (see the Innovation menu item), most of which were international in scope and many of which were under our responsibility.

(Commander of the Order of Merit for Agriculture)