The innovations within the Portuguese agricultural sector during the period of accession to the Common Market and the European Union were co‑funded by funds from the European Economic Community. Prior to that, support for scientific research was limited to specific state institutions only. The pre‑accession (1984–86) programmes, as well as the PEDAP (1987–90), PAMAF (1991–94) and two AGRO (1995–2004) projects and their funding were considered to have given significant impetus to the innovative efforts in research and trials within the private sector. These programmes were implemented in conjunction with research by state or university institutes with a view to overcoming the problems of a manufacturing sector confronted by foreign competition in the wake of the elimination of borders upon accession to the EU.

In the case of Portuguese wines, Port wine enjoyed the limelight, even during the period when traditional technologies only were employed, while the rest of the productive sector suffered from a very elementary structure. The market was divided between a few estates and cooperative wineries, while production surpluses were absorbed by the Junta Nacional do Vinho (National Wine Board, JNV), and either stored or distilled. Portugal enjoyed trade protection against wine imports, a high level of consumer demand for wine on the domestic front, and established distribution channels for sales to the colonies. Aside from the export‑based joint venture companies, the country was well insulated not only from outside interference but also from more competitive markets abroad. The sudden opening up of the borders, combined with a drastic drop by half in domestic consumption and the loss of its colonies together with the joint venture partnerships made it necessary for the Portuguese viticultural sector to rethink its position. Starting in the mid‑1980s, a phase of innovation occurred such as had never been seen before in the history of Portuguese wine.

In his book published in 2007 on grapevine varieties, the originator of this portal featured contributions from some of Portugal’s most prominent scientific and technical specialists, with the objective of documenting for posterity the most significant developments which led to this paradigm shift in Portuguese viticulture. The beginning of change was marked by studies of Portuguese grapevines varieties, the compilation of a detailed ampelographic description of each variety, the preparation of a catalogue of all grapevine varieties, followed by the establishment of a national conservatory as a repository for all varieties. Research in the areas of genetic origin, infection by harmful agents, intra‑varietal genetic variability and biomolecular determination were all important initiatives undertaken in order to guarantee the perpetuation of the status quo in Portuguese viticulture. The establishment of a fully operational system of production of viticultural material including EU certification was another important milestone. Viticultural innovation in all regions of the country, and the transformations which took place in oenology have resulted in the activities described here receiving international recognition. 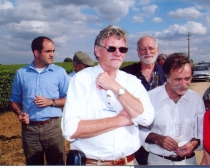 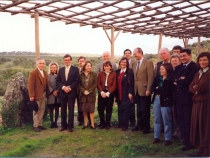