Varietal wines do not play a particularly noteworthy role in the history of Portuguese viticulture, although by the 18th century most of today’s reference grapevine varieties had already been comprehensively described in the literature. The cellar master or winemaker of the past used to select basic wines from the cellar which he thought were suitable, and then work on using his winemaking technique to achieve the desired wine profile. It is only in the last three decades that awareness has surfaced over the advantages of systematically creating varietal wines which correspond to plantations of parcels of single variety cultivars. This marked the beginning of change in terms of the oenological world view. The knowledge of how to tell one wine apart from another by making reference to its grapevine variety, and what influence soil, climate, vine training systems, fertilization and irrigation have on the quality of wine has engendered a new, comprehensive awareness among Portuguese oenologists which is discussed in detail in the “Vine to Wine circle”. Modernization of wineries – including the introduction of hygienic storage technology, controlled fermentation and numerous other innovations in wine production– meant that it was primarily the private sector which had rapidly to orientate itself towards international conditions. In concert with Portuguese scientists, many attempts have been made when marketing Portuguese wines to highlight their particular varietal characteristics, thanks in large part to the wealth of indigenous grapevine varieties available. A relatively recent piece of news which points to the uniqueness and originality of Iberian grapevine varieties is that the genetic origin of these varieties can be traced back to refugia on the Iberian Peninsula during the last glaciation. Details can be found in the article entitled, “The Presence of Ancient Vitis sylvestris Cultivars in Iberia” by Rafael Ocete Rubio on this Vine to Wine portal. The article by José M. Martinez Zapater entitled, “Genetic Origin of Iberian Peninsula Grapevine Cultivars” discusses the different genetic compositions of grapevines from the Iberian gene pool, and provides details on common chlorotypes in Iberian grapevine varieties revealed as a result of SNP (single nucleotide polymorphism) analysis. 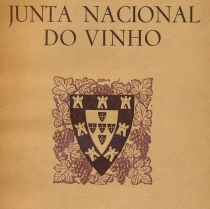