The Vitaceae family, comprising the 10 genera currently in existence, dates back possibly to the end of the Cretaceous but definitely to the early Tertiary period (late Palaeocene epoch). Representatives of this family colonised those continental areas in the Northern Hemisphere corresponding to Eurasia and North America today. Evidence suggests separate evolution since then, when the Atlantic Ocean came into being and the continents drifted apart in the early Eocene epoch. In Eurasia to the West of the Altai mountains, from within the Euvitis subgenus (the primary subgenus of Vitis Tourn.) there developed a single species, Vitis (Euvitis) vinifera L. (Branas, 1974: 15), from which the subspecies V. (E.) vinifera silvestris and V. (E.) vinifera sativa were derived. It is from these two subspecies that Man has selected castes, or varieties.

The spontaneous evolution of Vitis vinifera subsp. silvestris (dioecious) gave rise to the first gene pool in Central Asia and Asia Minor, which is the origin of Vitis vinifera occidentalis Neg., from which the well‑known “Greek wine” is produced. Another gene pool arose in Roman Italy from regional Vitis vinifera subsp. silvestris vines. Around AD 500, a third gene pool developed in Gaul and Germany which produced the varieties still typical of the region today. A number of other gene pools developed across East Europe, from the Danube Valley to the Black Sea, but more particularly to the South‑West in Iberia, which was protected climatically by the Pyrenees. By virtue of its geographical location on the continental periphery, the Iberian Peninsula retained a distinct high genetic richness, being almost entirely isolated as it was from the dramatic ecological and climatic changes which took place in the Mediterranean and Central European regions.

Finally, after delays in commercial development in the early Middle Ages, which had almost no bearing in Portugal and only partial bearing in Spain, on varietal genetic continuity, both Iberian nations were able to make a significant impact on the international market with wines produced from their excellent classic varieties. The scourge of American vine diseases and political upheaval led to these wines having to forfeit the prime commercial position and reputation they once enjoyed. Since acquiring membership of the European Union, both Portuguese and Spanish wines have returned to their former standards of excellence. 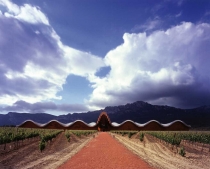