A hermaphroditic Vitis sativa varieties underwent human selection to produce the noble vine (Vitis vinifera), from which high quality, regionally‑adapted vine varieties gradually differentiated. Ocete. R. et al. (Actas del I Encuentro de Historiadores 2000) points out that even today in the area between the Black Sea and the Hindu Kush (Afghanistan) there is a high incidence of hermaphroditic vines amongst the V. silvestris populations. These varieties “migrated” with traders along the trade routes of the time, over the sea and along the caravan routes.

The first group developed in Greece and Asia Minor. They have compact grape berries of small to medium size, are red, white, or pink in colour, and well suited to wine‑ making. He called this group “Vitis vinifera occidentalis Negr.”. They spread to Italy, Iberia, France and Central Europe. Turkovíc (1961: 88) makes reference to a colour phenomenon. He observed that in the Vitis silvestris of these regions most varieties South of latitude 46° N had blue berries, whilst North of this line they had white. Levandoux (1956) assigned the Riesling, Silvaner and Petit Verdot varieties to this group. Branas (1974: 65) referred to the varieties of this group (“tous les cépages de cuve de l’Europe occidentale” [“all the wine varieties of Western Europe”]) as wines of quality (“vin de qualité”).

The second group of grapevine varieties originally came from the same region but migrated over the Balkans and followed the Danube as far as the Black Sea (known as the Ponto Euxino in Greek Antiquity). Negrul called this group “Vitis vinifera pontica Negr.”. Branas (1974: 65) divided this group into “subprole georgica Negr.” and “subprole balcanica Negr.”

Negrul (ibid.) named the third group, comprising mainly white varieties, “Vitis vinifera orientalis Negr.”. These had large, often elongated berries, succulent fruit, and tough skins, some without seeds (apirene varieties), almost all aromatic, many of which were used as dessert grapes. They originated from subtropical areas, including Egypt. Varieties include Regina, Muscatel de Alexandrie (which corresponds to the Portuguese Moscatel de Setúbal), Damascene, Chasselas, and seedless varieties such as Corinthian or Sultana (Sultanina).

Turkovíc (1961: 85) emphasises that 10,000 years ago viticulture began in Central Asia long before it came to the West. He points out that viticulture spanned Central Asia, from Uzbekistan to the Western Tian Shan mountains, Tadzhikistan, Afghanistan, Kashmir and even the Pamir mountains. He classified around 300 regional varieties of “Vitis vinifera orientalis Negr.”. This group must have originated from Vitis silvestris et caucasica (Vavilov). People in the Neolithic Age, in Turkmenistan and the Oases of Central Asia, for example, where land for cultivation was scarce, already knew about vineyards. (A completely different situation to that in the rich forests of the temperate climate zones.)

What is striking is that Negrul did not realise the particularity of a single distinct gene pool in Iberia. Admittedly, he did not recognise migration to this region by humans, but does consider that in the Ice Age the Iberian Peninsula represented a closed gene pool, surrounded as it was on all sides by the sea and separated by the mountain range of the Pyrenees in the North, but above all was reached by the permafrost, over which natural migration would not have been conceivable until the Holocene.

The emigration of Iberian varieties only began much later therefore, and consideration of the over 400 different regional and, for the most part, very high quality, grapevine varieties adapted to the warm climate of latitude 38° N (+ 2 degrees) justifies speaking about a distinct fourth group of Vitis vinifera, as described in this book.

Seeds were sown here and consequently the poorly performing vines were pulled out. This was how the best varieties were selected over thousands of years to achieve the properties described above for the warmer climate of Iberia.

Turkovíc (1961: 88) assumes that during the course of their migration, the first two groups crossbred spontaneously with cultivated and wild vines of the region. Many varieties which are considered autochthonous today came into being this way. Regner (1998) refers to one such incidence of crossbreeding as varieties migrated: according to molecular analysis, crossbreeding with the medieval Heunisch variety (Northern France, Germany and Hungary) resulted in the Chardonnay, Gamay and Auxerrois varieties. Extremely interesting correlations have been drawn with regard to the genetic relationship of the Iberian varieties though analysis of chloroplast SNPs (single nucleotide polymorphism) in Spain. Details cannot be discussed here since the results of the research are as yet unpublished.

It is presumed that viticulture existed in Prehistory (Holocene, the Early Stone Age and Copper and Iron Ages. Peñin mentions the Museum of Tbilisi as proof of the oldest prehistoric wine‑growing activity. Thanks to ample mineral deposits there were early human civilisations (probably of Mesopotamian origin, such as the Shulaveri Shomu‑tepe culture, and the Hassuna, Samarra and Halaf cultures).

Gilgamesh was probably one of the most important rulers of Sumeria. Uruk was an early urban settlement with reference to wine growing. It is conjectured that writing was invented here in this city state. According to the Epic of Gilgamesh, which was probably written on clay tablets after a millennium of oral tradition King Gilgamesh was supposed to have gained independence for Uruk and then opened up the trade routes. In the Epic the white Enkidu is spoken of as he who “tasted seven glasses of heavy wine brew” (Peñin, 2008: 30), from which comes the expression that in those days beer was a vulgar alcoholic drink, whilst wine, by contrast, had a more sacred character.

One millennium later the Code of Hammurabi recorded the laws of Babylonia. The code mentions wine as a drink of the upper classes. Anli R.E. and Fidan I, 2001 (actas Symposium) refer to the early civilisation in Çatalhöyük in Central Anatolia in 7000 BC and in Cayönü in 7500 BC with settled cultures and conjectures as to wine growing. The area near the Caucasus (Mount Ararat) and other references lead one to suspect that some of the first prehistoric wines existed here.

In the Assyrian Empire (Peñin: 27) one assumes that wine growing was practised in the Nineveh mountain ranges. 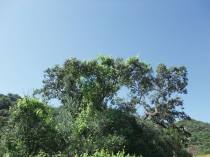 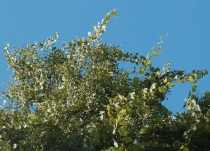 Fig. 9 – The differentiation of different grapevine varieties on the Eurasian Plate and North American Plate took place after the Continental Drift and the emergence of the Atlantic Ocean.

Fig. 10 – In the Bronze Age, wine brought from the East was an important commodity. Peoples from the East took back with them valuable metals, mainly copper and tin. The trade routes were the first systematic meeting of East and West.

Fig. 11 – The return migration of the wild grapevine varieties from their areas of glacial retreat occurred through seeds being dispersed by birds, as far as today’s wine growing regions North of the Alps and Pyrenees.

Fig. 13 – It is supposed that viticulture began with the Neolithic Revolution, and the settling of modern man, which took place 9 – 10 millennia ago in the Fertile Crescent in the Near and Middle East. 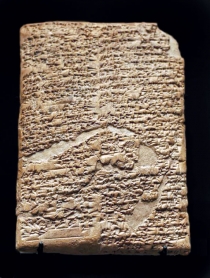 Fig. 14 – Clay tablet from the Code of Hammurabi (1700 BC) recorded the laws of Babylonia. Wine is mentioned as a drink of the upper classes. 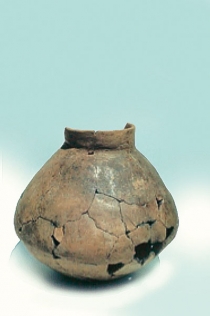 Fig. 15 – According to Patrick McGovern (Ancient Wine 2007: 74) this jug for containing resin from Hajji Firuz Tepe dating to 5000-5400 BC is one of the oldest containers giving evidence of typical ingredients added to wine.

Fig. 16 – Artist Eugene Delacroix reveals in “The Death of Assurbanipal”, the last Assyrian King, that wine tended to be enjoyed to excess at the time. 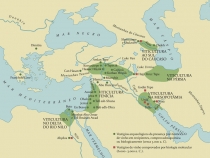 Fig. 17 – Patrick McGovern,University of Pennsylvania (USA) Patrick was able by scientific means, such as chemical, or molecular biological analysis, to prove the oenological relevance of previously discovered prehistoric, wine-related artefacts. Viticulture first took place in 6000 BC; its earliest origins being the terroir of the volcanic soils of the Taurus Mountains in Turkey, the Armeno-Georgian Caucasus Mountains and the Persian Zagros mountains, from where it spread to Mesopotamia , Canaan and Egypt in 3000 BC.

18 – Map showing the dissemination of the European wild grapevine (Zohary and Spiegel-Roy).
^