José Ángel Zamora López (as discussed at the 2011 Almendraleja Conference) mentions that the oldest written references to viticulture had been found on clay tablets in Syria.

In 300 BC, 20,000 cuneiform tablets, which contain the earliest references to viniculture, were found in the city state of Ebla, Syria. They reveal that the supply of wine was limited, however, and reserved exclusively as a drink of the nobility.

In Mari, Syrian Mesopotamia (now called Tell Hariri), 25,000 cuneiform tablets were found indicating a plentiful supply of wine and its importance in trade within the Persian Gulf and Mediterranean region dating to 2000‑ 3000 BC.

Early settlement in Ugarit, a Bronze Age city‑state in the Syrian Mediterranean, dates back to 600 BC but achieved its economic zenith between 1450 BC and 1200 BC. Cuneiform tablets document that extensive viticulture was practised and wine was traded internationally. Around 1200 BC, the city was taken over by the Sea Peoples and its buildings razed.

In “The Histories”, in addition to other cultures Herodotus makes reference to wine “in Babylon”. It is interesting that he also described the importation of wine from Syria, Armenia and Iran during this period.

Besides its association with the upper classes of society, cult use of wine in art and religion is evident in most prehistoric cultures.

In the Old Testament (Genesis 9: 20‑21) Noah makes mention that grapevines need to be planted to be able to drink wine. The reference to Mount Ararat thus coincides with the oldest prehistoric incidence of wine‑growing South of the Caucasus. Overall, the consequences of enjoying wine are negatively depicted in the Bible, which nevertheless points to extensive and intensive wine growing in the Near East in the thousand years before Christ. There are references from this period not only to the prohibition of alcohol, but also its use for cult purposes and hedonism, as was the case in the cults of Dionysus and Epicurus.

Mythologies recognise the presence of the grapevine in daily life and even had their own gods of wine. Thus Egyptians had Osiris, the Greeks Dionysus, and the Romans, Bacchus. This is documented on dishes, ornamental vases and contemporary frescoes. There is ample evidence in the Bible, including the episode on Mount Ararat, where Noah planted his first vineyard. (Amaral, 1994: 28, 32).

Amaral (1994: 38) continues, “The most important tombs of the Tintina epoch (3,000 BC) were discovered at excavations in Abydos (Upper Egypt). The ancient Egyptians called the wine irp. There were storage chambers for the wine, which the dead were to take with them on their journey into the afterlife. Spectral and mass molecular chromatographical analyses (by Rosa M. Lamuela‑Raventos, University of Barcelona, in: Neue Züricher Zeitung 9. 8. 2006) of residues in amphorae found in Tutankhamun proved the presence of red wine (as was already known) as well as white wine.

From 2470 BC (5th Dynasty) evidence has been found of written records of wine production which reveal that registers were kept on six different wine‑growing regions. What is more, the Egyptians made distinctive markings on their amphora in much the same way as wine labelling is done today. Below are some of the wine types with their technical descriptions and varietal references:

Sebennyticum: (according to Pliny), type of wine produced with both Thasos grapes and another variety called «fuligem» (sooty); pine resin was also added.

In Italy in about 1,000 BC the Iron Age Villanovan culture, the antecedent to the Etruscan culture, began to flourish in the area around Bologna. Because of rich mineral deposits, the Villanovans came into contract through trade with the developed cultures of the Ancient Near East. From the strong, acid wild grapevine varieties of this regions, they later also bred autochthonous grapevine varieties for the purpose of making wine.

At first these wild grapes were called Labrusca grapes. Similar designations with slightly different variations are found across Europe, and one can assume that in the beginning under Roman influence generally applied to the designation of wild grapevines (V. silvestris).

In Roman Italy, Cato (234‑79 BC) spoke of Vitis lambrusca; he associated them with the Etruscan “arbustrum” method of using trees as vine trellises (Amaral, 1994: 44), which points to the provenance of the wild grapevine. In Portugal, with vinho verde in the North, where “tree‑trellising” is common, the grapevine variety

The still abundant prevalence on the Iberian Peninsula of Vitis silvestris (cf. Article by Rafael Ocete in Part II) points to a prehistoric presence of the grapevine, which can hardly be attributed, for example, to the remigration during the Holocene to the areas North of latitude 40° N. In Spain, Colmeiro and Caballero, Roja Clemente (Clemente (Luis Hidalgo 1999: 27) , as well as other Spanish authors, have reported on this.

Fig. 19: More than 6,000 megalithic monuments almost all over the country prove the presence of people of the Cardial Culture (5000 BC). Regrettably, however, scientific proof of their eating habits does not exist. (Photograph: the Almendres Cromlech, Évora). 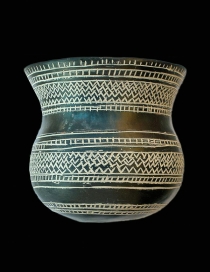 Fig. 21: Campaniform vase, originating from a European culture in the third millennium BC. Primarily funerary items like this have been found concentrated in deposits along the banks of the Tagus River, in Palmaral, Zambujal, and even in Vila Nova de Foz Côa. (Examples are on exhibit in the Museum at Torres Vedras). (Amaral: 325) points out that the carbonised grape seeds were found in one of these containers, which proves the existence of grapevines and the making of wine at the time. 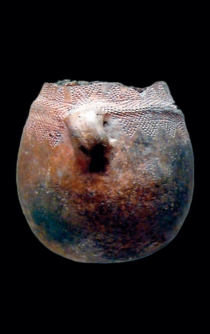 Fig. 22: This example of a vase from the Late Neolithic Cardial Culture was found in the La Sarsa cave in Valencia. (GNU free documentation licence: Locus Borg).

Fig. 23: These hand-crafted gold earrings of high quality workmanship in the shape of grapes are from the Iron Age – long before the time of Roman occupation. (National Archaeology Museum in Lisbon [Museu Nacional de Arqueologia]).
^