Challenges in the New World of Wine

It was obvious that a new trend which began in the 80s altered market conditions in the world wine markets. Suddenly premium quality products were coming from the so‑called new world of wine at a competitive price advantage. Through scientifically proven strategies, producers in California, Chile, but shortly thereafter, Australia, South Africa and New Zealand too, had figured out how to copy the best wines from the old world of wine. The secret of this successful model was simple. Whilst in the old world of wine traditional values, which one might almost term prejudices, determined the rules and regulations, as the sector was the biggest agricultural employer whose jobs had to be maintained, the new world of wine had one entirely pragmatic and economically‑ orientated objective: to make money. Supply from the old world of wine, which was based more on tradition than it was market‑orientated, lost more and more market share in the large markets of the wealthy nations. Viticultural techniques forbidden by law in Europe managed to compensate for shortcomings in terroir and cost‑effective alternatives were created. Some examples of such techniques include irrigation, especially site‑ specific pinpoint irrigation available with drip irrigation systems, the use of strong aromatic varieties such as Cabernet Sauvignon, or even surrogate additives thereof, and inter alia, the development of “aroma‑loaded chip technology”. In addition, there are variety‑specific cultivation techniques which take into consideration concepts such as crop balance, canopy management and crop load, all of which are precisely geared to plant physiology, and ensure that the optimum environmental conditions are created to achieve the desired properties (alcohol content, acid, colour and aroma components), which, in turn, in the new wine‑growing countries with their higher heliothermal potential, enables substantially higher yields. The countries in the new world of wine, especially those in the Southern Hemisphere, succeeded in increasing quality and yields simultaneously in such a way that they produced competitive products, and still had enough of a profit margin to invest further in innovative strategies. Through the possibility of making cheap land arable, including savannah and deserts in the new world of wine, it was possible on an unthinkably low investment budget from the perspective of the old world of wine, not to mention a low cost structure, to generate funds for research and marketing. 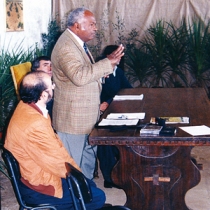 Fig. 95: There was tremendous interest in the scientific innovation discussed at the Portuguese viticulture conference photographed here, particularly from the agricultural profession (Prof. João Araújo, Department of Viticulture, University of Évora).The Government acceded to the EU request that the field of agronomy be opened up to private sector participation (such as INIA, with the AGRO and PAMAV programmes) and the AdI (Agency for Innovation). (Photograph Hans Jörg Böhm). 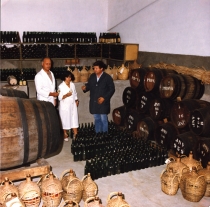 Fig. 97: Based on an agreement between the University of Évora and seed producer, Plansel SA, the autochthonous grapevine varieties of Portugal were systematically micro-vinified under controlled fermentation processesin the 80s. This contributed to the awareness – not only in the Alentejo – that varietal differences have qualitative significance. (Photograph Hans Jörg Böhm/Plansel).
^