Iberian Viticulture from Antiquity to the Early Middle Ages

In Aragon, the first historical references date back to 500 BC. Leocadio Machado writes that, “Celts live in this area, freedom‑loving and independent, their main food was meat, with which they drank a honey‑sweetened wine…”. By the 12th century AD wine had become an important economic factor, with nobility and clergy playing a special role. The Cariñena varieties, Garnacha tinta and Garnacha branca, not to mention Viura, were all known very early on.

Strabo describes Castile and Leon as a dry area with little forest cover in wetlands. He therefore assumed that the Celtic inhabitants of that time did not know about viticulture. Alain Huetz de Lemps (2005: 124) is also of the opinion that viticulture was first introduced to the area by the Romans. It is known that wine‑growing did occur in Visigoth monasteries and various estates in the Douro river basin area. The stone relief from the Visigoth Iglesia de Santa María [Church of Saint Mary] in Quintanilla de las Viñas in Burgos (Fig. 46) and the viticultural themes in monastic documents (Figs. 73‑77) provide some examples of this. Alain Huetz writes that by the Late Middle Ages, after the decline of the Umayyad Dynasty and the expulsion of the Saracens, viticulture had spread across the whole of Castile and Leon.

Catalonia had known about wine growing since the days of Greek commercial activity, and was influenced very early on by the Massilia (Marseille) wine trade. Later, the Romans had a strong military presence here, and one of their garrisons can still be seen today under Barcelona’s La Seu Cathedral in the Gothic Quarter. It has been excavated so that one can see the original adega (cellar where wine was stored). In his Naturalis Historiæ (Natural History) Pliny the Elder mentions local viticulture. From here, it was mainly the wines from Tarragona but also from the Penedès and Priorato that were shipped to Rome. The Spanish varieties were considered finer than the Roman‑ Etruscan ones, which could be quite acidic. The Xarello and Mercastre varieties were standard fare, whilst the Malvasia wine variety came later from Greece, and it is assumed that the Macabeo has some connection to the Maccabees of the Bible. This variety is attributed as being well over 1,000 years old and its wine was exported via the Roman road, Via Augusta, to other places withinthe Roman Empire.

Castilla La Mancha. Tito Livio makes reference to a Roman settlement where wine was cultivated (AD 184). In the Arab period in the Caliphate of Toledo, a papal bull is supposed to have been issued to lay down the rules in keeping with restrictions in the Qur’an with respect to the “handling” ofwine.Then later, during the Reconquista, when King Alfonso I transferred land to the Knights Templar in 1150, one‑fifth of the wine harvest had to be paid in feudal taxes. Like any of the wines from Toledo, Cuenca and Ranera y Santorcaz, the wines of Valdepeñas were considered particularly good. The predominant Airén grape variety was described by Alonso de Herera Lairén at the end of the Middle Ages.

Andalusia. Verifiable traces of both settlement and viticulture of prehistoric and ancient Mediterranean cultures exist here. These include the Tartessians and the Phoenicians (11th century BC) who founded the city of Cadiz; there is little evidence of the Greeks who settled both here and in Catalonia, likewise the Carthaginians. Even so, it is probable that they all brought with them their own vine varieties which were suited to the hot climate of the region. In his Historia de Málaga y su Província Guillén Robles assumes that the Greeks had already settled in Malaga around 600 BC and showed the indigenous people the correct method of pruning grape vines. Columella (in De Re Rustica [“Agriculture”]) says the Roman variety, Falerno, was grown in Xerez. In Hispania Ulterior Baetica in cities such as Seville, Cordoba, Cadiz and Malaga, Roman vineyards were better documented, whether the vinyards in question already existed or were newly established.

Clay amphorae and mosaics with wine motifs, found in Montilla‑Moriles for example, testify to this. In those days, the port of Cadiz is said to have been the largest wine exporting port after Tarragona. Vandals and Visigoths took over from the Romans, and brought their viticultural knowledge with them.

Little evidence about viticulture during the period of the Swabian and Visigoth occupations exists. At the archaeological museum of Odrinas (Sintra), there are two wine press weights from the sixth century BC. There are also two columns with grape motifs known to be from this period, housed in the the museums of Sintra and Beja respectively. Henar Gallego Franco (La cultura del vino en la España Visigota, in Actas del I Encuentro de Historiadores 2000: 193ff) writes that Lex Visigothorum contains comments in the form of guidelines to follow on vineyards (vinea), the fruit of the vine/grape (vinea fructus), harvesting (vindimia), and wine (vinum). Thus, the kind and type of vineyard and the type of soil are described.

From this the author concludes that viticulture, as part of agriculture, was widespread, much as it was in Roman times. Vineyards were assets which could be assigned as fiefdoms, leased, or sold. At the Second Council of Toledo in AD 527, the special status ofclerical vineyards in foreign territiories was ruled on. The issue of awarding fiefdoms was addressed at the Thirteenth Council of Toledo in 683. Regulations were also made regarding fences, the creation of ditches and roads, rights of way, protection from hail, animals and thieves, and the creation of new plantations. The harvest period was restricted to between 15 September and 15 October. In 516 at the Council of Tarragona wine consumption was still a privilege of the rich. Peñin (2008: 134) refers to the edictum de fructis relaxatis of Ervigio, King of the Visigoths, of 683, according to which wine had lost the hedonistic aura it had acquired during the time of the Romans, and had now become part of the daily diet. It would seem that during this period many new vineyards were laid out, even at altitudes of up to 1000 metres above sea level. Visigoth wineries achieved high yields and many people were employed to care for them. This was how the first regulations on the protection and preservation of wineries came to be incorporated into the Visigoth Code of Euric (Peñin, 2008: 151), in which it was stipulated that for every vine that was uprooted a new one had to be planted. Gallego (2000: 202) speaks about there being different types of wine: Layetanos, Lauronenses, and Baleáricos. Tarraco, and Tarraco Lauro are also mentioned. One cannot assume from this, however, that an awareness of different grapevine varieties existed. 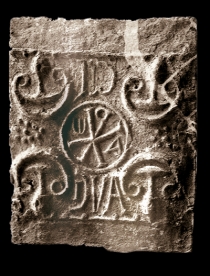 Fig. 48: Ceramic (Property of the Earl of Cortina).