The intermittent public sector influence during the 1990s resulted in the objectives of private companies being considered in State‑sponsored applied research, and because of its cross‑border activities, PLANSEL was included in research and development projects.

PLANSEL had always been interested in stabilising the difficult economic situation affecting grapevine propagation in Portugal by introducing new technologies in the areas of production processes and quality improvement.

Over millennia the wild grapevines of American origin have adapted naturally and through evolution to fungal rot diseases. After Vitis vinifera in Europe had been infected with these pathogens, it was initially enough to protect grapevine crops with pesticides and biochemicals. It was in the mid‑1990s that official awareness in respect of the risks associated with the use of systemic pesticides began to grow and the wish for “organic”, natural products began to be expressed more frequently. In other words, the time taken by the evolutionary process to develop natural resistance had to be shortened. As a first step, PLANSEL became involved in hybrid breeding with German grapevine varieties with potential resistance to fungi. To this end, and in cooperation with the Geilweilerhof Federal Research Institute (Bundesforschungsanstalt Geilweilerhof) (Dr. Eibach), PLANSEL established a collection of resistant varieties in Montemor (based on the French hybrid varieties Chancellor and Chamboursin). The first controlled breeding experiments with Portuguese varieties took place at the University of Évora in 1998, which then led to an official project in 2002.

In 1996, PLANSEL became involved in the area of genetic engineering (UST Project, David Altmann and Prof. Denis Gonsalves of Cornell University, Geneva, NY). In 2001 PLANSEL participated within the context of an EU research contract in a project organised by the Fraunhofer‑Institut für Zelltherapie und Immunologie (Fraunhofer Institute for Cell Therapy and Immunology, in Aachen, Germany) and the Centre for Green Genetic Engineering (Centrum Grüne Gentechnik), at LaLeFo, Neustadt‑Mußbach, Germany) initially because of the virus resistance component. The goal of what was at the time very progressive technology was to come to grips with the environmental problem of applying pesticides to fungal diseases, in the hopes of patenting resistant Portuguese grapevine varieties.

Of primary concern, however, was fungal resistance. Working in collaboration with ICAT (Salomé Pais), PLANSEL obtained approval for a project involving the introduction of Oidium genes into grapevines. Since the EU’s Sixth Framework Programme for Research, funding has been sought for a European Community project on Peronospora resistance. This objective, however, was not in line with the new political party strategies in Portugal nor with populist paradigms of European policies which were opposed to genetic engineering.

Several contributions to subsequent EU Framework Programmes with a number of different project partners were also unsuccessful. At least PLANSEL was able to arrange for Portugal to participate in the GRASP Project (the EU’s Seventh Framework Programme for Research) which set out to determine the molecular structure of Peronospora resistance. PLANSEL was a dormant partner on this project. 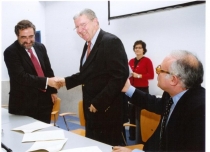 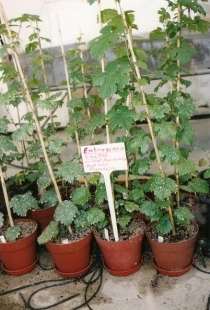 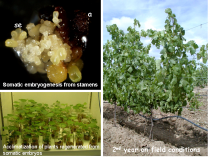