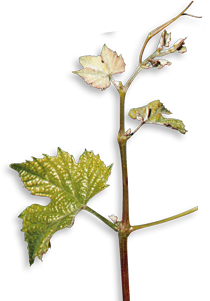 Origin: It is supposed that this variety was introduced to the area where it is mostly highly concentrated (Jerez de la Frontera) by seafaring Greek merchants (Amaral, 1994). In fact, the variety exists in Cyprus. It was first brought to Portugal in the previous millennium because of its unusually high yield. The variety must have been named after Fernan Yáñez Palomino, a Knight under King Alfonso X of Castile.

Chief areas of distribution: As Sherry: South-West Andalusia (11,000 ha), and in the Sherry Triangle – that area of Spain situated between Jerez de la Frontera, El Puerto de Santa Maria and Sanlúcar de Barrameda. As table wine: in Castile and Leon (4,800 ha), Galicia (4,200 ha), Portugal (6,500 ha), France (800 ha) and Australia. A variety of the same name was described by Alonso de Herrera at the beginning of the 15th century (as cited in Agricultura General, 1645:16, Madrid) as being a red variety. In the 18th and 19th centuries it is referred to by its historical synonyms by diverse authors in Portugal (Lacerda Lobo, Gyrão, Vila Maior), but none state its real origin.

Homonym(s): The genetically similar Palomino, Palomino Basto, Palomino Chato (ES). There are numerous homonyms (Nº 169 - 180) for the synonymous Portuguese variety Malvasia Rei, and, according to the OIV, even more internationally.

Availability of propagating material: No clonal selection has taken place in Portugal. Spanish clones have been selected in Jerez.

Young leaf: Green, fluffy hairs of medium density on lower side of blade.

Time of bud burst: Normal, 4 days after the Fernão Pires.

Length of internodes: Medium to long.

Bud fertility index: Very high: 1.5 – 1.8 flowers per shoot. Varies, depending on the clone.

Vine density: High, for both row and vine spacing.

Rootstock: Depends on the pH of the soil.

Spoilage of mature berries: Prefers locations where a long growth cycle is possible. Risk of rot with excessive humidity.

Risk of oxidation of must: Risk of oxidation in this variety has determined the type of wine and its methods of fermentation (evidence of which is the fact that sherry is produced using more than 90% of grapes of this variety). The top-fermented flor yeasts work anaerobically to convert all the sugar into alcohol, then the yeast itself begins an aerobic conversion process, and covers the high quality fermented wine with a grey-white protective layer (similar to that of undesirable wild yeasts) which shields the wine from uncontrolled oxidation, and allows the typical sherry maturation to begin. The Solera method is crucial to this classical ageing technique.

Ageing Potential: Wines made using reductive fermentation methods have little aroma and are short-lived. Those produced by oxidative fermentation (Sherry), however, have a more intense complex of aromas, and high ageing potential, whether bottle aged or barrel aged.