Portugal has a strong tradition as far as the sanitation of virus‑infected grapevine clones is concerned. As early as the 1960s Humberto Dias and Amarillis Mendonza eliminated viruses from clones using heat treatment and the material was conserved in vector‑free sandy soil by the plant protection agency, the CNPPA (Centro Nacional de Protecção da Produção Agrícola).

Hans‑Jörg Bohm of PLANSEL was a member of the ICVG (International Council for the Study of Virus and Virus‑like Diseases of the Grapevine) and thanks to agreements with EAN Oeiras (Prof. Oscar A. de Sequeira) and concurrently with ENTAV (Espiguette, France) was able to sanitise most clones. The technique of propagation by meristem (shoot tip) culture of some of the primary grapevine varieties was used. At this time, some grapevine varieties (such as the Alvarinho and Sercial/Esgana Cão) yielded either no virus‑free selections or very few. A PLANSEL project sanitised 50 important grapevine clones so that they could be declared “virus‑free” and conserved them ex situ at Montemor.

With two exceptions, no genetic mutations were detected in control plantations of sanitised clones in situ. The two varieties where mutations were detected proved to have been kept in vitro for too long. Thanks to international cooperation, it was possible to adapt the technique and even in field trials no somaclonal variations in sanitised clones were recorded at all.

In 2005, the plant protection agency, the DGPA, regrettably decided against the certification of sanitised clones, after initially not being averse to the idea in principle. As a result, all the sanitised ex vitro material and PLANSEL germplasm was destroyed. The results of some projects which were officially co‑financed were therefore lost. (This method is common practice is other countries, and in some, it is prescribed by law.) 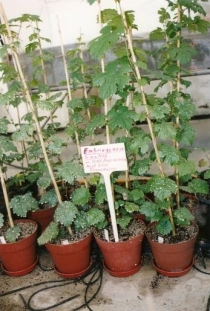 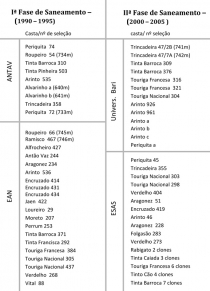